The invention of the first self-recording float gauge is usually attributed to an English engineer named Henry Palmer in 1831, but this prototype was never used to collect continuous measurements over long periods. In France, the hydrographer Chazallon, author of the tide tables of the coasts of France in 1839, developed one of the first operational float gauges in 1842. In 1859 there were some ten operating on the French coast. Starting in the 1990s, float gauges were gradually replaced by digital gauges (first ultrasonic then radar).

How a float tide gauge works 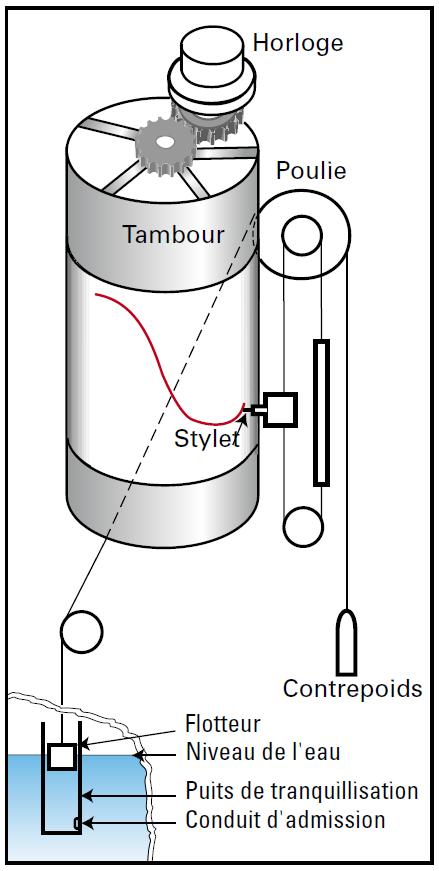 Float gauges were the first self-recording tide gauges and even today are still in widespread use despite technological developments. The float is located in a stilling well, usually topped with a shelter containing the chart recorder, to protect against the weather. These instruments are generally reliable and relatively unsophisticated. If high accuracy is not required, highly skilled personnel are not needed to maintain and use them.

Although float gauges have a number of shortcomings associated with the stilling well, the mechanism and the digitization of the tide curves, their measurements are almost the only source of historical sealevel data currently available in the world. The recording system has been updated to allow for digital acquisition of the measurements in electronic format.

Other tide gauge instruments to explore: